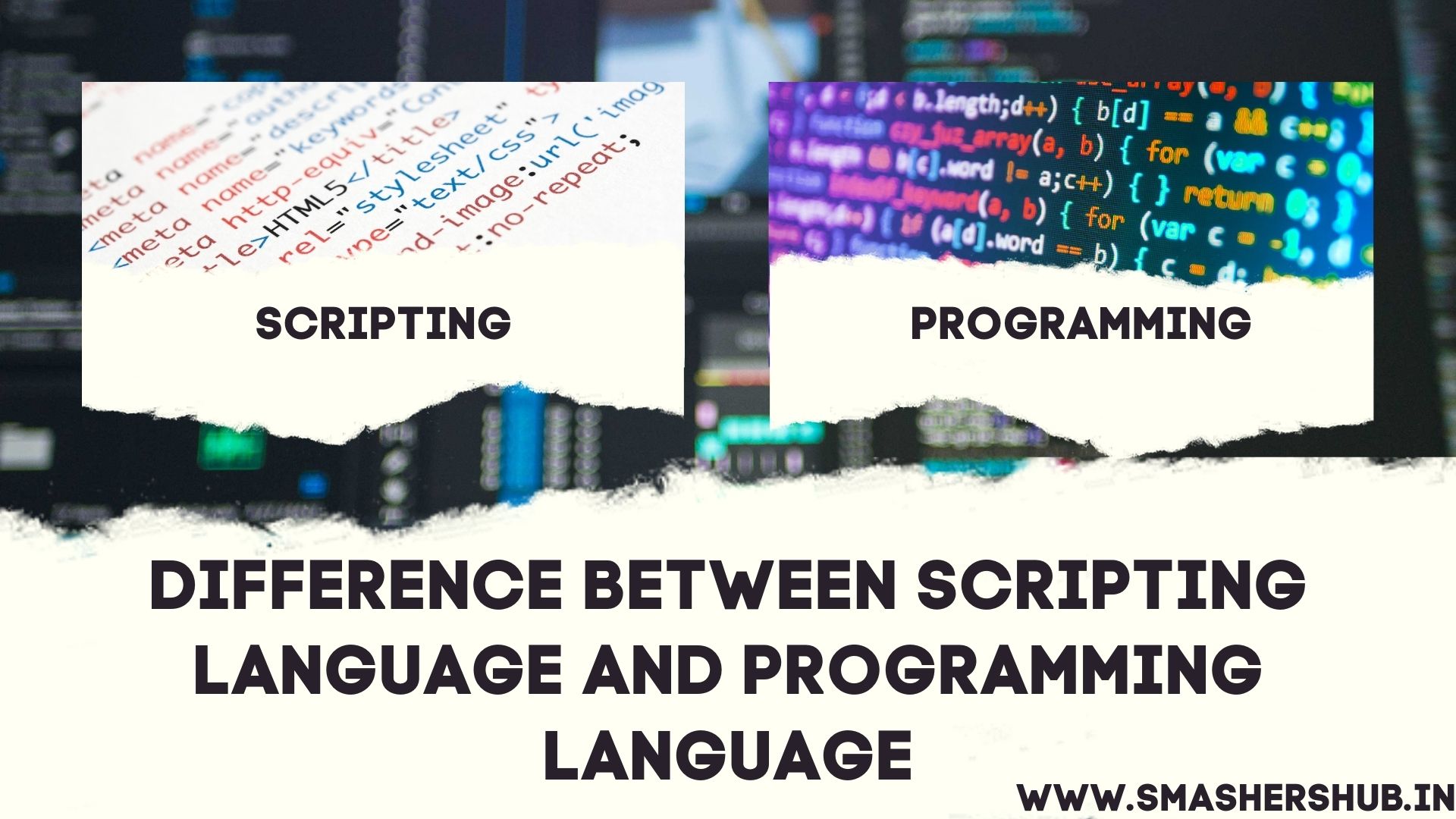 What is Scripting Language?

​A scripting language is a programming language that supports scripts, programs written for a special run-time environment that automate the execution of tasks that could alternatively be executed one-by-one by a human operator. The term scripting is borrowed from assembly languages.

Most of them are dynamically typed, allow access to system functions and libraries, and/or include context-sensitive syntax. Many popular scripting languages also feature regular expression (regex) matching (Perl), a simple Web Browser Control Structure (WHILE – DO – END LOOP), OOPS concepts(Ruby on Rails), etc. In essence, these languages ​allow code to be executed in response to events such as actions initiated by users, network input, or output data streams.

What is Programming Language?

A computer programming language is a formal computer language designed to communicate instructions to a machine, particularly a computer. Programming languages can be used to create programs that control the behavior of a machine (as opposed to operating systems, which control other machines), including computers such as embedded systems or even mechanical Turk.

What’s The Difference?: What is a programming language? And what is a scripting language? To answer these questions, it’s useful to think about how you create websites. When you use a coding application like Dreamweaver, you have to program each action in painstaking detail. For example, if you want your web page’s logo to rotate after 5 seconds on screen, you need to enter all of that code into Dreamweaver.

This is why professional designers often prefer scripts over coding languages; scripts are designed so that you can automate many actions with just one or two commands. Scripting languages like JavaScript make development faster and more efficient; however, some projects require speed-of-light development—and for those cases, coding may be necessary.

for example. There are also hybrid languages such as Visual Basic .NET which consist of elements of both scripting and programming languages since it needs to be compiled before they can be executed.