Which Programming Language Should You Learn in 2022? - Smashers Hub

If you’re just getting started with programming languages, then you’re probably wondering what the best language to learn first is! The truth is that there isn’t one correct answer to this question, because what you should learn depends on your personal preferences and needs. By the end of this article, you’ll be familiar with some of the most popular programming languages and will be ready to decide which one you should study next! 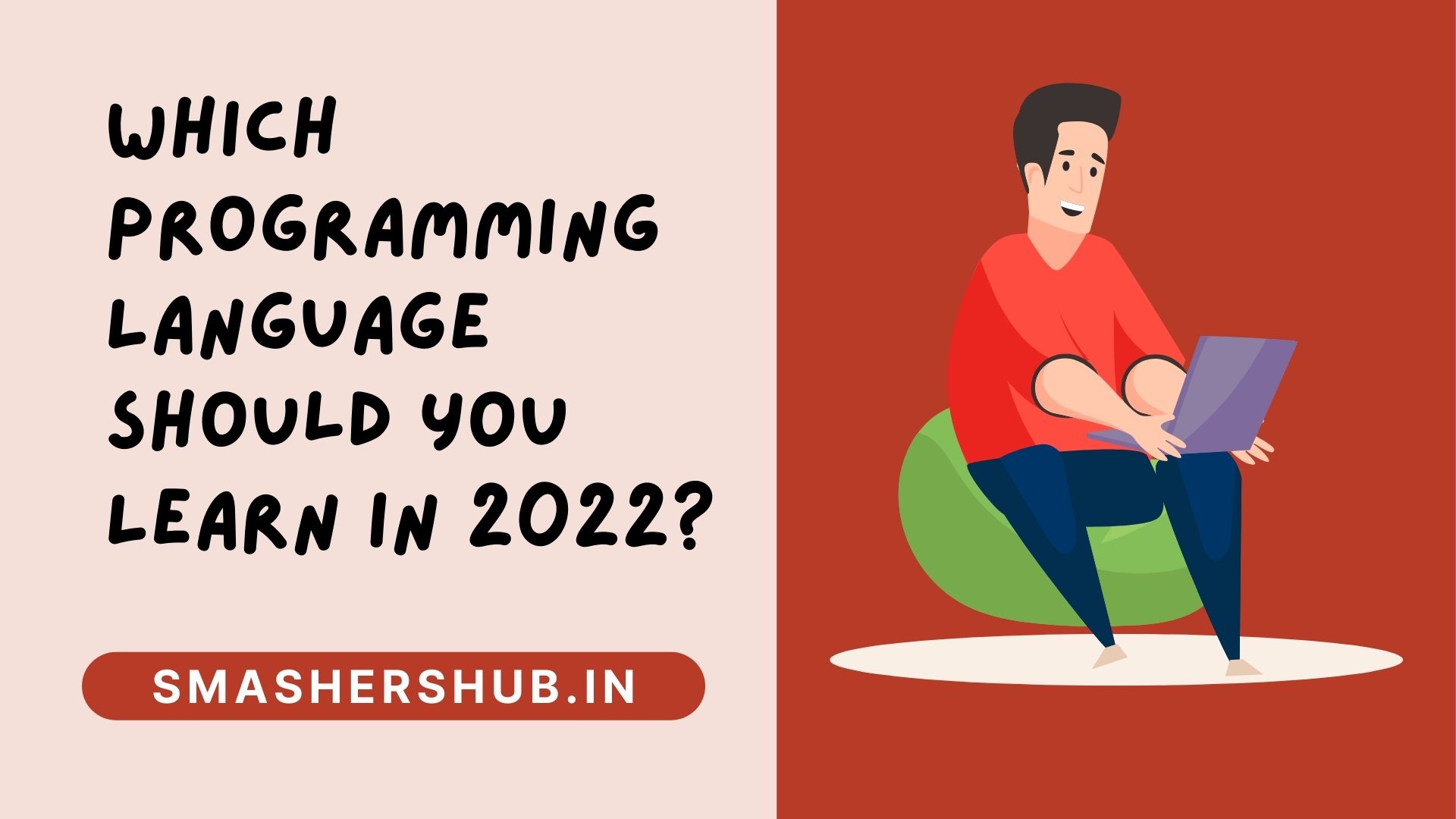 There are many options out there when it comes to learning a coding language, from Python to C++ and Objective-C. Knowing which programming language is best for beginners can be tricky, especially if you’re looking for that aha! the moment where things just click into place. There are plenty of programming languages that would fit that description, but these five make for a great starting point. Whether you’re interested in computer science or just want to understand more about how websites work behind-the-scenes, any of these five beginner programming languages will give you a solid foundation to build on as your skills grow.

First, let’s take a look at Python. This language is ideal for those who are just getting started in programming and have no prior experience. It was designed with an emphasis on readability so that it would be easy to debug code if there were issues later on. Python is one of few languages that are case-sensitive, which means python and Python are completely different variable names. However, once you get used to these naming conventions, you will find that your debugging time decreases immensely. In addition to being easy to use, Python also has many packages available for data science and analytics purposes.

The primary language used for Android apps, it’s ubiquitous in enterprise environments as well. It’s also a favorite among beginning coders because of its readability and stability. Java is typically taught in high school or college computer science courses—but there are plenty of online resources that can teach you how to program in Java, too.

From your first few days as a beginner coder, you'll likely be introduced to PHP. This versatile language is one of those at most risk of being eclipsed by new languages - though it won't go away any time soon. It's supported by more than 20 percent of all websites on the internet, many big-name firms use it and it offers everything from database management to graphics editing. As a great entry-level language into coding, PHP is also simple enough for beginners with other programming experience to adapt to.

Even if you have no experience in programming, it's worth starting with JavaScript. It's extremely widespread, can be used both in web and non-web environments (like operating systems or games), is easy to get started with, and is a logical place to transition from coding for fun to using code for a living. Make sure you learn JavaScript: The Good Parts first!

One of the oldest and most powerful programming languages, C++ has been popular for decades. It is a compiled language with object-oriented capabilities that can be used to develop applications for Microsoft Windows, Mac OS X, Linux operating systems, video game consoles, and embedded systems. C++ gained popularity in the industry for building large applications for enterprises. Nowadays it is often used as a low-level language where C++ code is translated into machine code or bytecode before being run by an interpreter or compiler.

When considering what programming language you should learn first, there are some key questions you should ask yourself: What do I want to build? Who is my audience/user base? Once you’ve got these answers, it’s just a matter of choosing which language is best for your needs. For example, if you know that you will be making mobile apps, Swift and Java are your two best options. Likewise, if you plan on doing front-end web development work with HTML, CSS, and JavaScript, then those languages would be more relevant than back-end server-side languages like Python or Ruby. If not sure where to start out or simply looking to learn multiple languages in parallel, always opt for Python because it makes coding easier while also allowing developers to create high-quality applications quickly.