Outline the scope of Artificial intelligence in today's world. Artificial intelligence has made great progress in computers that can beat humans at games, speech recognition machines, language detection, computer vision, expert systems, robotics, etc. The more you learn about machine learning sciences, e.g. physics or biology, the better your algorithms will work and give results faster. 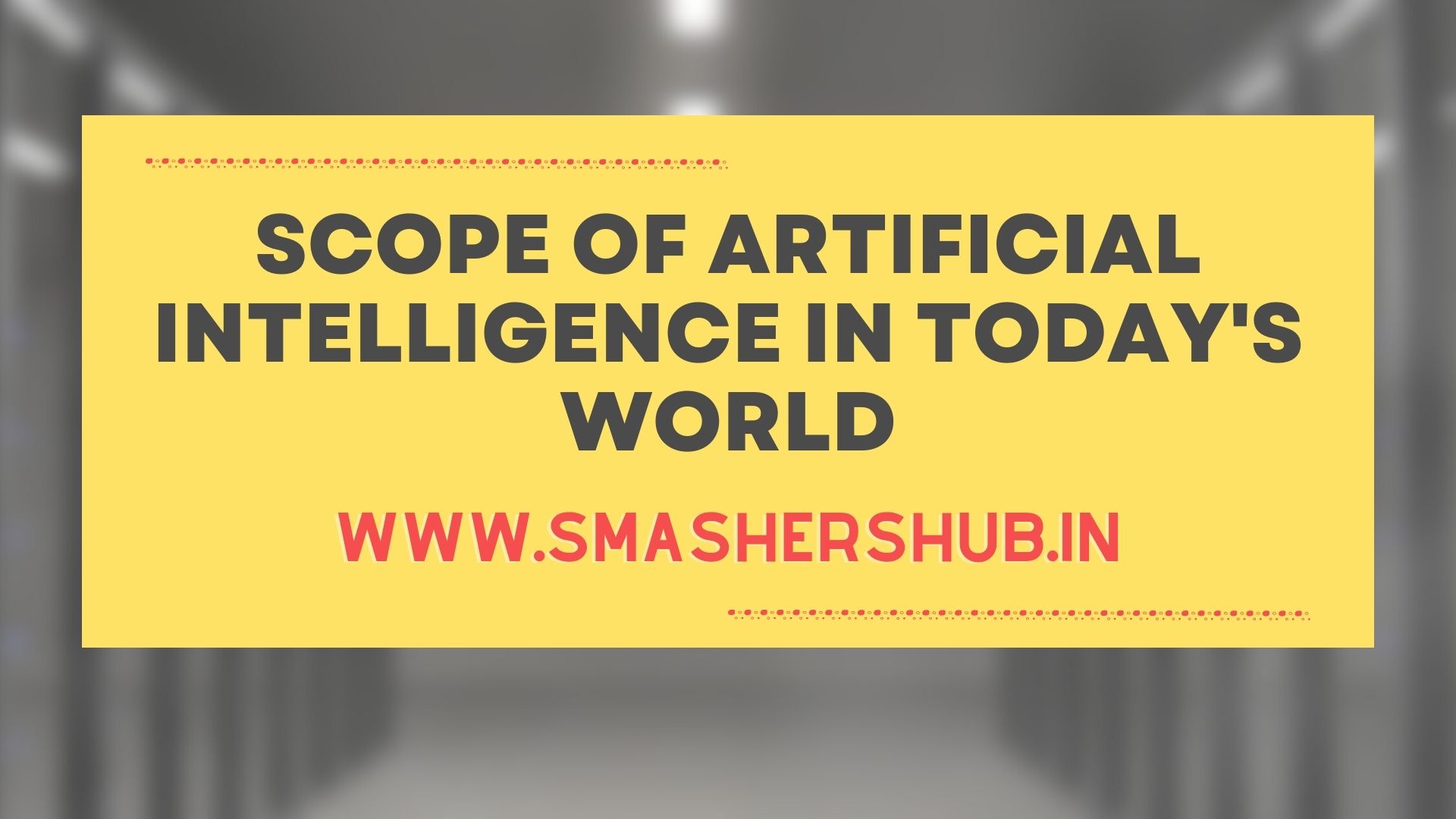 In this article, let us look at the scope of artificial intelligence in today's world, including all important topics such as What is AI? How does it work?

It permeates our businesses and homes. It helps us communicate more effectively. And it solves problems that have vexed humankind for millennia (such as how to design a self-driving car). Experts like Stephen Hawking have also called for an international treaty to limit AI before it’s too late—but these fears aren’t necessarily unwarranted.

How does AI work?

There are several kinds of artificial intelligence (AI) algorithms. These algorithms range from genetic algorithms to deep learning neural networks and many more. They all have in common that they allow a computer to learn, without human intervention, by finding patterns and making connections based on past experiences or current information.

This allows them to improve their performance over time – kind of like a student who studies hard for an exam and gets a better grade each time they take it. For example, IBM’s Deep Blue defeated chess grandmaster Garry Kasparov when it was first introduced because of its ability to search through millions of possible chess moves to identify patterns and make complex decisions.

Currently, we use forms of AI such as image recognition in our everyday lives via apps such as Google Photos or Facebook photo-tagging features. And perhaps most famously, these machine learning systems also play games with us humans, as seen with Liberates, which has been crushing poker players at WSOP 2017!

What is the Future Scope of Artificial Intelligence?

AI, artificial intelligence, and machine learning are terms that one might hear every day, but it’s not just a simple buzzword that came out recently. In fact, AI has been around for years now and is still growing.

It will be really hard to imagine a life without it as well. With every new gadget we own like phones, laptops, tablets, or even vacuum cleaners having an AI chip inside them at some point, AI is everywhere, and we can’t live without it. But what exactly is artificial intelligence? You may think you know everything about it, but sometimes even people who have studied computer science or worked with computers all their lives don’t know what an algorithm does or how programming actually works. So let us start by finding out what AI is by breaking down its meaning.

AI stands for artificial intelligence. As humans, our brain works based on logical reasoning, which allows us to make decisions from different options presented to u.

The same way a human brain takes decisions from given choices A AND B and comes up with CONCLUSION C, artificial intelligence also learns but uses algorithms instead of logical reasoning (but there are instances where machines do have logical sense).

Although humans create algorithms to mimic something similar to human brains and turn to make decisions, machines follow these codes blindly whether they’re right or wrong, thus making devices capable of many mistakes.

What are the major components of AI?

These components work together to create a system that can learn from patterns. The human brain is capable of organizing information through networks called neural pathways.

CNN's identify patterns within an image or sound signal, classify them accordingly and determine how they relate to each other. However, one problem with deep CNNs is their need for vast amounts of training data.

In other words, it takes a great deal of practice before they will succeed at complex tasks. This drawback applies to deep CNNs and to most forms of AI technology.

With expertise in Artificial Intelligence, you can find a wide range of job opportunities, including Machine Learning Specialist, Data Scientist, Research Engineer, or AI Consultant.

Given that we’re living in an era where automation takes over all kinds of industries, many organizations are looking for professionals who can work on concepts like machine learning and natural language processing. Let’s look at what experts are saying about artificial intelligence jobs.

Is AI the future of India?

Big giants like Google, Apple, and Microsoft have already invested a lot of money in artificially intelligent systems.

Every major automobile manufacturer is also investing in AI to be used to control their self-driven cars. The United States government has also announced a $3 billion investment to develop better AI technology. So, you can imagine that its scope in the future will become really huge.

And if we talk about India, then our country is one of those few countries which still don’t have proper plans or ideas about using AI on a larger scale.

Recently, Elon Musk said that if China builds a reliable version of Tesla’s autonomous driving features, all other countries will bow down before them.

Many people believe that by 2050 almost every sector of our country will be dependent on AI systems. Because our current politicians cannot think ahead of time, we may take years before making proper use of these technologies here in India.