What is Proxy? Here's Everything You Need To Know About Web Proxies - Smashers Hub

I've always been enthusiastic to know how various things work on the Internet and look for different ways to glean some knowledge. Internet is full of different kinds of malware including ransomware, malicious ads, and third-party cookies which have increased the concern for privacy among users.

This is where the concept of proxy comes in. But before we get into the specific Web Proxy explanation, let’s see what a proxy means.

What Does Proxy Mean?

Proxy, in general, refers to the authority given to a person to perform a particular task on behalf of a certain individual, or even a group.

For example, Proxy Vote is a thing, where one person gives the authority to another person to vote on his behalf following the will of the former.

Another example could be Proxy attendance, which is letting someone else, usually a friend or an acquaintance, give your attendance during the roll call, a common practice among college students.

What Is a Web Proxy?

Web proxy isn’t all that different from what a proxy means, in general. To understand what a Web Proxy or Proxy server means, just replicate any case of proxy in the Internet world.

A proxy server acts as a firewall between a client (a user) and the webserver. It acts as an intermediary between the two parties.

When a client requests a web browser, it goes to the proxy server first, which then forwards the request to the webserver and responds accordingly.

Now you might be wondering, adding an intermediary i.e. a proxy server will be superfluous when you can easily just make a request to the server and get what you’re looking for.

Although you can simply ask the internet what you want instead of involving a third party between you and the server, a proxy isn’t just used for getting your work done. A proxy provides you with other numerous benefits such as:

Now that you know what proxy means and how using a proxy server is beneficial, let’s dig into the types of proxy servers.

Generally, proxies are of many types but mainly they are considered of two types:

A Forward proxy is the one that aids the client in getting his request fulfilled. It intercepts the request of the client and forwards it to the webserver through its own IP address ensuring the safety, the privacy of the client, and increasing transaction speed. It performs all the functions mentioned above such as caching, maintaining privacy, logging, and monitoring, etc.

Forward proxies are used by corporations, schools for functions like web-filtering; and by people who desire to maintain anonymity while surfing through the internet. When a proxy server/ web proxy is talked about, it’s likely that it was about forwarding proxies by default.

A reverse proxy, as the name suggests, does the reverse job of what a forward proxy does. Although the basics of their functionality are quite the same, the main difference comes in the side of the transaction, proxies are going to aid.

Contrary to the forward proxy, a reverse proxy surrounds itself in an internal network within the webserver. It intercepts the request from the clients and forwards it to the origin server.

Reverse proxies are often used by large websites to balance the load between different small servers. When a large website gets flooded with requests from traffic, the reverse proxy gets into play. It intercepts the requests, sees the load on each server of that website, and disperses the requests respectively among different servers available. This is known as the function of Load Balancing.

They also perform several other functions such as: 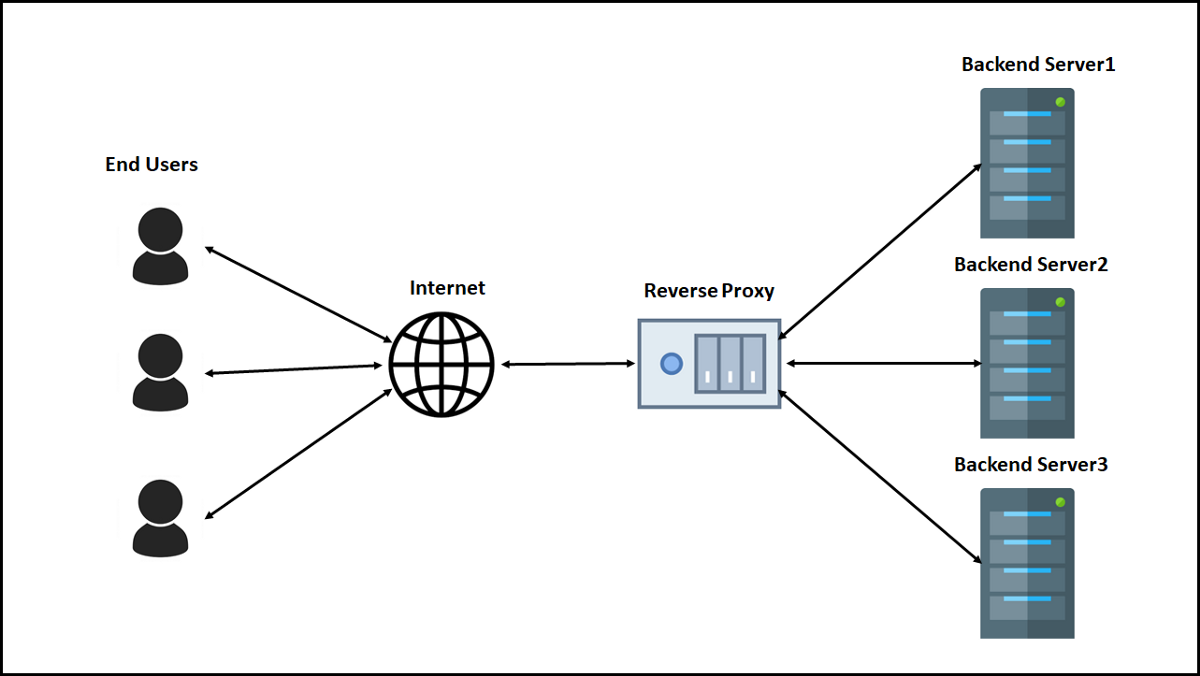 Web Proxies Can Be Useful

Are you using a proxy yet? There is a lot that you can get access to with the help of a proxy that you can’t otherwise. From maintaining your privacy on the Web to making records of data in the form of cache, proxies can help you a lot more than many people might think.

But before you rush to conclusions and actually start using a proxy, make sure to read about it beforehand lest you get any malware in your device.